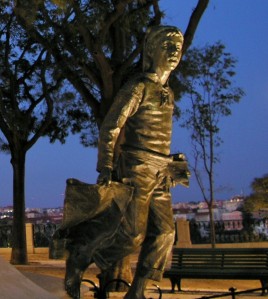 I’m not going to reinvent the wheel. In the last two months dozens, if not hundreds, of articles have been written about what led to the Brexit referendum result, and I’ve already tweeted links to the best ones I’ve come across. Rather than write a poor imitation of those, it makes more sense for me to say something (I hope) original.

Since there’s always been a lot of Euroscepticism in the UK, you might think this was a specifically British issue. A quick look at politics in other parts of Europe shows that’s not true, though. So it might be worth trying to see what could have been done to prevent the Leave victory.

First off, a lot of people voted for Brexit to end EU migration. Let me be clear: migration is a good thing. But that doesn’t mean there are no disadvantages to it at all. And unfortunately, resentment follows mass migration as surely as night follows day. The indigenous population always feel that newcomers have pushed unemployment up and wages down, and increased the pressure on schools and hospitals. They may be right or wrong about this, but obviously people vote on the basis of what they think.

It was foreseeable – and foreseen – that when the EU expanded eastwards lots of people from the new member states would want to move to the UK: incomes are generally higher in western Europe than eastern Europe, plus the UK is a well-known country with a big economy, and it speaks Europe’s most commonly learnt language. Freedom of movement for EU citizens is non-negotiable. So to allay people’s fears about it, why not, say, earmark some EU funds for public services in places receiving lots of newcomers?

Also, when you first arrive somewhere new it takes time to put down roots. That’s hard, especially if you don’t speak the language. For locals, meanwhile, it’s a big change when lots of outsiders arrive. So maybe governments – local, national, EU – could have encouraged newcomers to learn the language of their new home? Maybe they could have reminded locals that it’s tough to live in a foreign country where you don’t know anyone? Maybe they could have explained that foreigners staff UK hospitals? Any of those things would have been worth a try, if you ask me.

There may be good reasons these ideas wouldn’t have worked. Eastern European countries might have objected to EU money going to public services in richer countries like the UK, for example. But the point is we’ll never know, because as far as I’m aware nothing like this was ever proposed. Short-sightedness? Complacency? Both?

September’s cause of the month is the Alex Lewis Trust. Nothing to do with Brexit.